Interview with Author Jonathan Janz:
Q: When did you first know you wanted to be a professional writer?
When I finished playing basketball my senior year in high school, I suddenly found myself with free time after school I’d never had before. Without thinking much about it, I went into our computer lab and began writing a story. I went in every day for a month or so and wrote until Ms. Lyons, the supervisor, (gently and kindly) kicked me out.
During the same period of time, I got into a life-threatening car accident and after I got home from a long stay in the hospital, I found myself bedridden for a couple weeks. My computer teacher Mr. Brechbiel brought a computer to my bedside so I could write. Seeing as how he’d gone through so much hassle, I couldn’t just let the computer sit there, so I continued the story I’d begun.
That unfinished novel is still in existence somewhere, but it’ll never be published because it read like it was written by a not-particularly-talented eighteen-year-old. But that didn’t matter. What mattered was how I felt when I was writing. What mattered was that in writing, I was doing something worthwhile, something that made me feel good about myself, and something that had nothing to do with my athletic ability or my height.
So I think I knew then. It would be a long time before my skills would improve enough for my stuff to be readable (and eventually, saleable), but I knew at that point I wanted to be a professional writer. So Ms. Lyons, Mr. Brechbiel, and especially Stephen King (who was the only writer I read back then) are people to whom I owe a debt.
Q: With the growing popularity and availability of digital books and e-readers, where do you see printed books ten years from now?  Do you personally read e-books?
I love reading print books, and I love e-reading. I think both are fantastic ways to read books. I don’t think print books will ever go away, but I do worry that more and more publishers will adopt all-digital business models. My perfect reading world would give readers every option—print reading, e-reading, audiobooks, multi-media books…everything. As long as people are enjoying books, I’m happy.
Q: As a full-time teacher and family man, what is your writing schedule like…or what works for you?
Summers are ideal for writing. I work every day for about four hours. During the school year, I write when I can during the week (before school, during lunch breaks, late at night) and on weekends. I do make sure my priorities remain a) family, b) teaching job), c) writing. But that doesn’t mean writing isn’t important; it just means that my family and my students are.
Q: The horror genre seems as strong as ever, in print and in film, so do you think this trend will continue?
I do. Of course, I have a vested interest in horror’s success, but I do think there are profound and objective signs that horror is healthier than ever. If you look at television and film, you find an increasing willingness on the part of writers and directors to stare unflinchingly into the darker regions of human behavior. Though The Hunger Games books and films are considered Dystopian YA, their premise is full of horror. I think society already loves horror; it just doesn’t know it loves horror. With the success of The Walking Dead, American Horror Story, and even macabrely plotted shows like Breaking Bad, horror is becoming more and more mainstream. Society just needs to become aware of it and admit its love of horror.
Q: As an author of several books now, have you received any interest from Hollywood as of yet? Personally, I think your novels would translate very well into film.
Thank you so much, Chris! There has been some interest, but thus far nothing concrete has materialized. Veteran writers bemoan how rare it is for a movie to make it all the way to theaters—or even DVD screens—so I know I need to be patient. But as you’d imagine I have a great deal of interest in seeing my stuff adapted. I see it all as a movie in my head, so hopefully others will feel the same.
Q: Favorite horror novel?
Ghost Story by Peter Straub is my all-time favorite. I love many others, of course, but that’s the one that showed me the incredible power a horror novel was capable of generating. The structure of the book informed my first two novels (The Sorrows and House of Skin), and the frame story technique Straub utilized instantly became one of my very favorites in fiction. As a result I use frame stories in just about all my books. 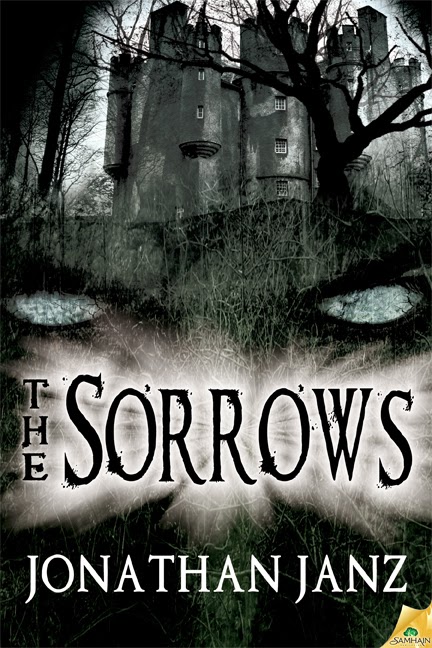 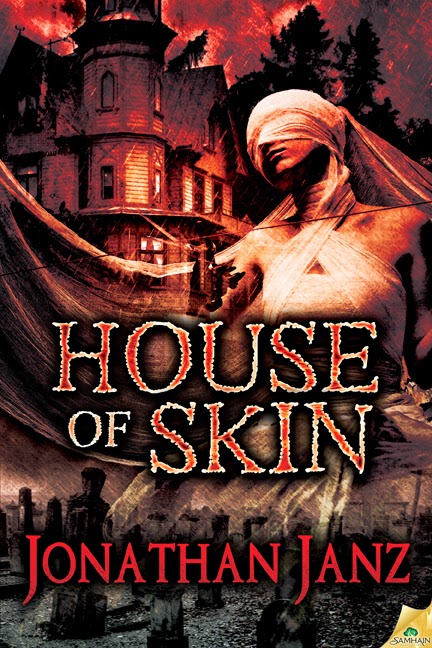 Q: Favorite horror author? Other than yourself, of course!
Stephen King. He’s the reason I’m a writer, but more importantly, he’s the reason I’m a reader. No one tells a story like King can. He’s the perfect fusion of talent and work ethic. I love his old stuff and his new stuff, but honestly, I think his technique has gotten even better with age. Under the Dome was an awe-inspiring achievement. In that book you can really see the wild, blazing joy of the beginning storyteller coupled with the carefully honed skill of the master craftsman. King, in my opinion, is unparalleled. I love his work and study it on a monthly basis.
Q: As a parent, have you thought about the day when one of your kids (grown up, of course) would read one of your books?
Hah! What a great (and scary) question. I haven’t thought a ton about it, but I confess to getting a little squirmy considering it. Not ashamed, necessarily…just uncomfortable.
But that was just my initial reaction. Now that I think about it, I get excited at the prospect. There’s adult content in many of my books, sure, but there’s also a great deal of dedication, effort, and—I hope—craft. I look forward to the day when my kids read one of my books and think, “Wow, Dad wrote this.” And I really hope they’ll think that’s a good thing.
Q: Many authors have referred to their books as their “children,” and if you could pick your favorite, which would it be?
Hmm…well, since you mentioned the children analogy, I’ll take refuge in the caveat that I love all my books, just like I love all my children. And though I love them all for different reasons, I really do love them equally.
But since that’s a poor answer to your question, I’ll give you a better one. If I had to choose a book—so far, that is—I’d say Savage Species. My reasoning is that it contains most of the elements I want my books to contain—terror, joy, love, horror, humor, surprise, etc. I really enjoyed the characters in that book—particularly Sam Bledsoe. I’m not saying it’s perfect, but I am very proud of it.
I’m also quite fond of Dust Devils, which is about to release. In some ways it’s a very emotional book, which might be surprising considering it’s a vampire tale set in the Old West. 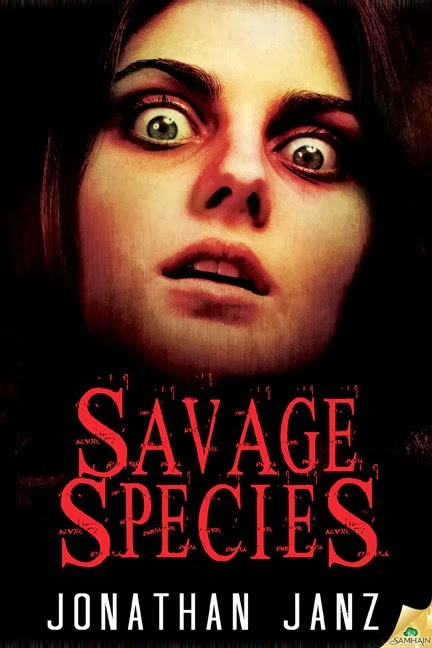 Q: Which of your novels proved to be the most challenging to write?
The hardest for me was The Darkest Lullaby, but that was solely due of the timing of the book. When I was writing it, I’d already received a great deal of agents’ rejections on my first two novels (The Sorrows and House of Skin). So that meant I was writing through a storm of unceasing rejection, and though I will always persevere through adversity, I’d be lying if I said it was easy to maintain the confidence I needed when every agent response I received told me my stuff wasn’t good enough.
But like I always do, I used that rejection as motivation, and the result was that I created a book that was better written than my first two. I don’t know which of the three is the best—honestly, I love all three and find my mental rankings of them changing by the day. But I do think my writing improved while I worked on The Darkest Lullaby. And just as importantly, my skill as an editorimproved. So while there was a part of me that was reeling from all that rejection, there was a greater part of me digging in and working harder to prove that I could do it. Eventually, Louise Fury offered representation on The Darkest Lullaby, and she has since had an incredibly positive influence on my career. 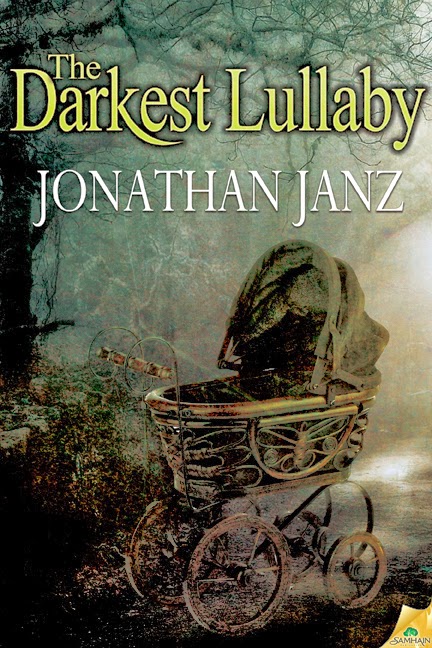 Q: Did you have to do research on soft-core porn starlets when writing the character of Red Elk for Savage Species? (Arguably, one of my favorite characters you’ve created! Hey, I couldn’t resist asking…)
I’m so happy you liked Red Elk! I’m partial to him too. And there’s more to him than was revealed in Savage Species. The sequel (when I write it) will delve into his backstory to a greater degree. But to answer your question…yep, I did have to research him. I was aware of Julie Strain because she’d been in some horror stuff, but most of the names mentioned in the novel came from research (and memories of a college friend of mine who was obsessed with the, um, “genre”).
Q: With a new Samhain Horror novel due out early 2014, Dust Devils, a vampire horror novel set in the Wild West, what else is on the literary horizon?
Thanks for asking! After Dust Devils I’ll have a pair of projects coming out in July. I can only talk about the one that’s been announced already, which is called Castle of Sorrows. My debut novel was titled The Sorrows, and the last line of that book pretty much begged for a sequel. So I wrote it and am really excited to hear what people think of it. The other July project…well, that one’s going to be really interesting too.
In addition to these works, I’ll have another novel coming from Samhain Horror in January 2015. This year I’ll also be working on some big projects, including a planned trilogy of books.
Thanks, Chris, for all your excellent questions. It has been a great deal of fun! 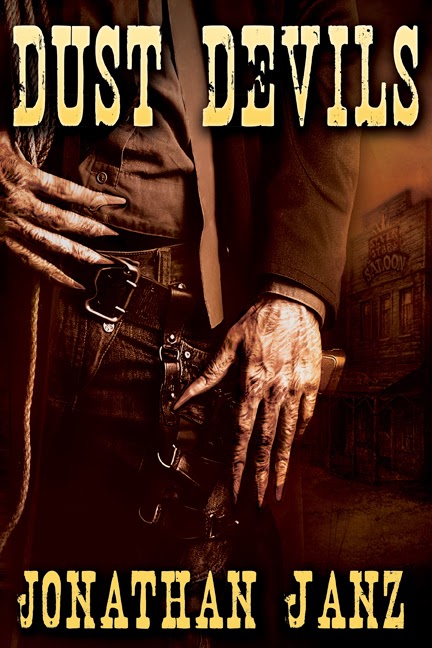 My pleasure, Jonathan!  More info can be found at jonathanjanz.com