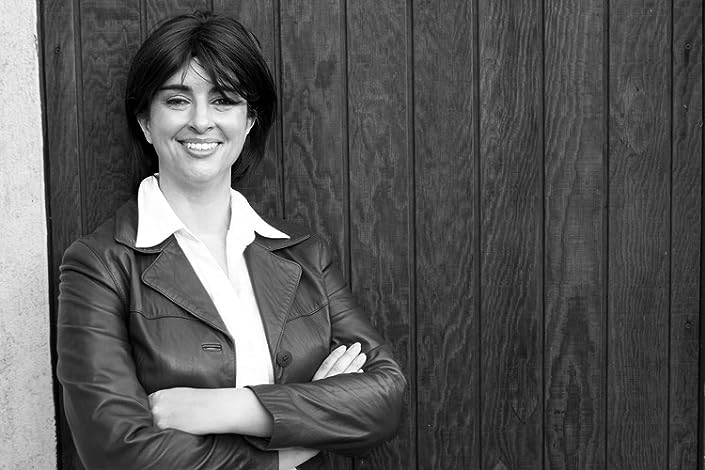 J. Lincoln Fenn began her horror career in the 7th grade when she entertained her friends at a sleepover by telling them the mysterious clanking noise (created by the baseboard heater) was in fact the ghost of a woman who had once lived in the farmhouse, forced to cannibalize her ten children during a particularly bad winter. Strangely, it was the last slumber party she was allowed to have. The author graduated from the University of New Hampshire with a degree in English, and lives on an island (not deserted) with her family.
Can you tell us a little bit about yourself?
I grew up in a very, very small, New England town, went to Catholic school for 13 years, but I was always looking for something else. I never really fit where I was.  So when I graduated from college I packed my equally small car, drove across the country to Los Angeles, and started adventuring. I worked in the entertainment industry, took up ninjutsu, left that to go study at a Buddhist retreat center with my African American husband (my parents were aghast at both), and learned the hard lessons of what happens when you decide to make your own compass. It’s not always easy, but there’s a great amount of satisfaction in living your own life, not the one people wanted you to.
When did you get the writing bug?
I started writing in college—I was lucky to find a professor who liked my stuff, and then I went on to take classes from John Yount, who mentored John Irving, and Charles Simic. But it might be in the blood too. My biological grandmother was closely related to a poet/playwright who won two Pulitzer prizes and a Tony.
Were there any writers that inspired you?
Carolyn See. I was living in Los Angeles, she was giving a book reading and I somehow worked up the nerves to go. It was just around the time that Making History came out, and god, what a great story. The room was packed, and I was ready to bolt afterwards but my husband said no, I should go up and shake her hand or whatever. I don’t know if I’ve ever been so nervous.She was so nice to me though and really put me at ease. Later I saw she was teaching a class, and I took it. She was down to earth, put the whole writing thing in perspective but also was encouraging. I wrote a short story a couple of years later, sent it to her, and she wrote me back—said it was a great and I should submit it to literary journals. I nearly fell over.  For years, whenever I felt frustrated, or that getting published was impossible, I’d pull out that letter. I owe her big time.
Can you tell us the first book you remember reading?
I think it was Sylvester and the Magic Pebble. I loved that story and starting closely examining pebbles, looking for one that could grant me that power. Never found it.
What’s on your TBR?
MaddAdam by Margaret Atwood, Doctor Sleep by Stephen King, An Awkward Age by Anna Starobinets and Night Film by Marisha Pessl. But I’m also re-reading classics like Frankenstein, Dracula, and I will finish A Portrait of the Artist as a Young Man. I told myself that last year, but this year I mean it.
What is it about horror that appeals to you?

I think horror is where we can look at the dark and twisted things we don’t want to see. All that ‘death and dying’ stuff gets swept into a system that keeps it under the radar. That’s part of why I wrote Poe. It’s about real horror—Dimitri’s grief over the death of his parents—wrapped in a supernatural horror story. The supernatural horror gives it distance, and makes it ‘safe’ in a certain kind of way.

You were the winner of the 2013 Sixth Annual Amazon Breakthrough Novel Award in the Science Fiction/Fantasy/Horror category for your novel Poe. Can you tell us what effect this has had on your career?
Yeah, it launched it. Seriously, I now have a literary agent and Poe was a #1 Kindle Bestseller in Ghost and Occult Fiction. The Publisher’s Weekly review was also key. Doesn’t hurt to be compared to Neil Gaiman, ever.
In Poe, your main character Dimitri is an obituary writer. You don’t hear about many people doing this. Did you already have an idea of what you wanted your character to be before you started writing or did this job come later to “fit” the story?
“There’s not a lot of opportunity to get creative with obituaries,” was the first line I wrote. His job was built into his character and journey from the beginning. Like Dimitri, I lost my parents young, and my mother, who’d been diagnosed with cancer planned her whole funeral, including writing her own obituary. I think that always haunted me.

With Poe being your first novel, what were some roadblocks that you hit?

Well, it’s a long story, but here’s the short(er) version. A few years back, St. Martin’s Press was holding a manuscript contest for a genre they were launching called ‘New Adult.’ I saw a posting about the contest on my Twitter feed. Seemed like a great opportunity, so that Sunday I wrote the first paragraph and a pitch, then submitted it.
Only problem was that I didn’t have the book written.
It made the first cut, and they asked for the first twenty pages. I wrote them as fast as I could. Then it made the next cut and they asked for fifty pages. Didn’t sleep for a couple weeks. It made the next cut, was one of five finalists, and they asked for the whole thing.  I did nothing except go to work and write for a couple months. They passed on publishing, but gave me good feedback, and then I got to work on a revision and started submitting to agents.
Everyone loved the writing, but no one was interested in an unproven genre. That changed when New Adult took off, but then it was too ‘horror’ for NA which has pretty much focused on romance.
I’d had my eye on 47North as a possibility since they were publishing genre-bending books, and when I saw that a book deal was part of the ABNA prize, thought what the heck, I’ll submit it. At best, I was hoping it might make a couple cuts so when I queried them later, it’d be higher in the slush pile.  I would not have guessed that entering a contest with 10,000 others would have been my path to publication. And I feel extraordinarily fortunate Poe landed with 47North. They’re not scared to try something different, and there was no pressure to make changes I didn’t agree with. The whole team is very supportive.
What’s your favorite line from Poe?
“Two weeks. Everything you love, own, and cherish, can be gone, liquidated, and lost forever in two weeks.  Give or take a day.”
Sometimes a new writer likes to hear from other new or first-time published writers. What advice would you offer them?
Start.  Don’t stop.  Finish.  Get better.  Repeat.
When it comes to cinema, are you are also drawn to the horror genre? If so, what’s your favorite horror movie?
The Grudge really scared the sh*t out of me, but there will always be a special place in my heart for Carrie (the original). It still holds up and Sissy Spacek’s performance is so spot-on it’s crazy anyone thought they could remake it.
If you could experience/play the role of one actor/actress in a film, who would it be and in what movie?
I would be Keanu Reeves in The Matrix. Who wouldn’t?
Would you care to share with us one thing most folks don’t know about you?
I have, in my possession, a blown up poster of the cover for Poe signed by Jeff Bezos with the note ‘Authors Rule’.  I think it has magic powers, because I haven’t run into writer’s block since.
Are you currently working on anything new?
A sequel to Poe, and I’ve also got a dark, sci-fi dystopian novel in the works.
Where can we find you?
Facebook: www.facebook.com/lincoln.fenn
Twitter: twitter.com/JLincolnFenn
Website: www.jlincolnfenn.com
Goodreads: www.goodreads.com/JLincolnFennThank you for taking the time to chat with Ravenous Reads!

Be sure to check out her novel Poe. You can find it here >