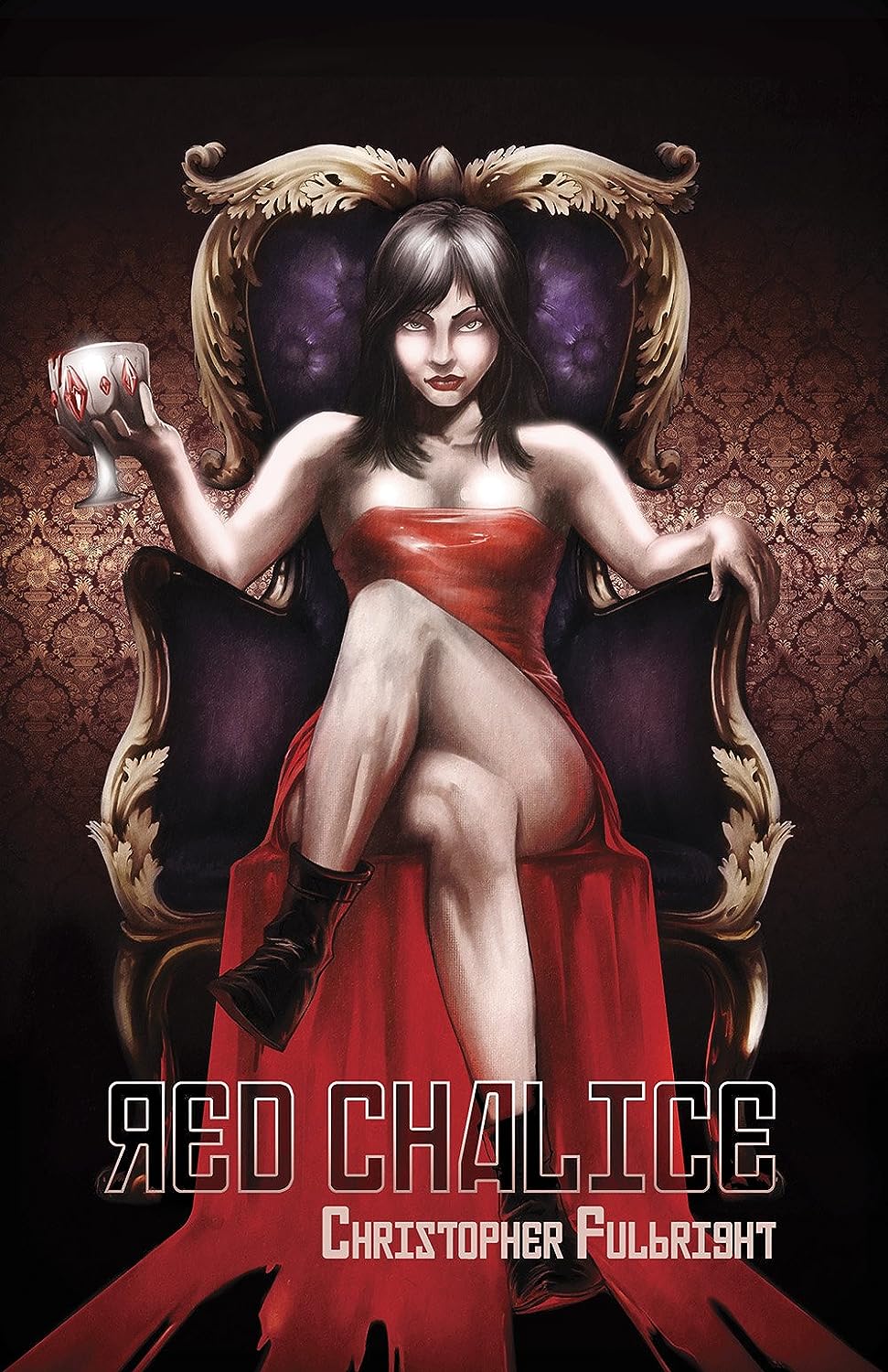 She’s a tall, dark beauty who claims to be the last living descendant of Countess Bathory. When she hires ex-con Layne Drover to accompany her to a jungle-shrouded island seeking an artifact of legendary evil, all he really cares about is getting paid. But when they reach their destination, a hurricane ravages the island, trapping them in a decayed mansion. Their quest to find her unholy grail soon becomes a struggle to survive when they discover they’re not the only ones seeking the artifact … and these “others” are not entirely human. Occult forces clash with bullets and brawn in a menacing race to obtain the RED CHALICE.

While the cover and blurb enticed me, the actual story did not. The characters really do make a read and if your story is short the plot and pacing need to be relentless, to the point, precise. I’d have to say the two MC’s were not fleshed out enough and I honestly can’t say that if they were, that I would like them any better. Lane Drover, the man hired to protect the supposed last descendant of Countess Bathory is purportedly “all about getting paid.” From what I could tell, he was all about getting laid. The many times that his mind wandered to the “Naughty Side” I kept wondering where this pent up desire came from as he so obviously disliked her.

I kept thinking that Victoria, the woman Layne was hired to protect, was hiding some secret and that it would be exposed on the island. There is a certain part where Layne is fighting some bad guys and when he turns around to check on her she’s not there. I thought this would have been a perfect spot for a plot twist.

The writing was good, the story just didn’t have enough impact. I know it’s hard to get everything to fit and work in a novella, but I still feel it could have been better.

Christopher Fulbright is the author of short stories, novellas, and full-length novels of fantasy and horror. His short stories have appeared in many venues–webzines, magazines, and anthologies–since 1993. Fulbright received the Richard Laymon President’s Award in 2008 from the HWA, and his short stories have received honorable mentions in “The Year’s Best Fantasy and Horror” and “Best Horror of the Year.” For news on his latest and upcoming works, please visit http://www.christopherfulbright.com.

Christopher is a former journalist turned technical writer, but his real job is raising four kids with his wife and sometimes collaborator, the Bram Stoker award-nominated author Angeline Hawkes. For more information on the collaborative work of Fulbright & Hawkes, please visit http://www.fulbrightandhawkes.com.

{ Review} The Girl From the Blood Coven by Brian Moreland