THE DEEP END by Robert McCammon

Everyone thinks the drowning death of Neil Calder in the local swimming pool was a tragic accident. Only his father knows better. Now, on the last night of summer, Neil returns in search of revenge.

INTERVAL by Norman Prentiss
Flight 1137 from St. Louis by way of Nashville has gone missing. As anxious friends and family gather around the gate, a ticket clerk finds herself eyewitness to a moment of inhuman evil.

IF THESE WALLS COULD TALK by Shawntelle Madison
Eleanor has come from New York City to prep an old Victorian house in Maine for America’s Mysterious Hotspots. Although she’s always thrown herself into her work, this job will take her places she’s never dreamed of going.

THE NIGHT HIDER by Graham Masterton
C. S. Lewis wrote about a portal that led to a world of magic and enchantment. But the wardrobe in Dawn’s room holds only death—until she solves its grisly mystery.

WHATEVER by Richard Christian Matheson
A 1970s rock ’n’ roll band that never was—in a world that is clearly our own . . . but perhaps isn’t, not anymore . . . or, at least, not yet—takes one hell of a trip.


When this book came up for review at Net Galley I jumped on it, because I enjoyed the first volume so much. Unfortunately, I didn’t find this volume to be as good as the first.

My favorite story of the bunch BY FAR is The Deep End by Robert McCammon. Not just because he’s one of my favorite authors, but because the story ROCKED. 5*

Unfortunately, most of the rest of the stories just didn’t resonate with me.

Interval by Norman Prentiss should have made an impression on me, considering what’s gone on in the world over the last 6 months, but sadly, it did not. 3*

If These Walls Could Talk by Shawntelle Madison.  I did enjoy this story, it’s probably my second favorite. The way in which the story was told was a little bit scattered, but I enjoyed the way it developed. 4*

The Night Hider by Graham Masterton. I would have been fine with it still hiding. 2*

Whatever by Richard Christian Matheson. I kind of liked this one, but it was told in such a disjointed manner that I got confused and then I was just like…whatever. 3* 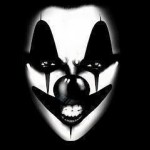 NORMAN PRENTISS won the 2010 Bram Stoker Award for Superior Achievement in Long Fiction for INVISIBLE FENCES, published by Cemetery Dance (www.cemeterydance.com). He also won a 2009 Stoker for his short story, “In the Porches of My Ears,” published in POSTSCRIPTS 18. His latest books are THE FLESHLESS MAN from Darkfuse, and FOUR LEGS IN THE MORNING, a collection of three linked stories from Cemetery Dance. Other fiction has appeared in BLACK STATIC, COMMUTABILITY, TALES FROM THE GOREZONE, DAMNED NATION, BEST HORROR OF THE YEAR, THE YEAR’S BEST DARK FANTASY AND HORROR, and in four editions of the SHIVERS anthology series. His poetry has appeared in WRITER ONLINE, SOUTHERN POETRY REVIEW, Baltimore’s CITY PAPER, and A SEA OF ALONE: POEMS FOR ALFRED HITCHCOCK.
Visit him online at www.normanprentiss.com

Robert McCammon is the New York Times bestselling author of nineteen novels, including the award-winning BOY’S LIFE and SPEAKS THE NIGHTBIRD. There are more than four million copies of his books in print. His latest novel, THE LISTENER, is set in the 1930s and is available now from Cemetery Dance Publications.

Mr. McCammon is currently writing CARDINAL BLACK, the seventh novel in the Matthew Corbett series, which started with SPEAKS THE NIGHTBIRD.

Shawntelle Madison is a web developer who loves to weave words as well as code. She’d never admit it, but if asked she’d say she covets and collects source code. After losing her first summer job detassling corn, Shawntelle performed various jobs–from fast-food clerk to grunt programmer to university webmaster. Writing eccentric characters is her most favorite job of them all. On any particular day when she’s not surgically attached to her computer, she can be found watching cheesy horror movies or the latest action-packed anime. She lives in Missouri with her husband and children.

{Review} ODD ADVENTURES WITH YOUR OTHER FATHER, Norman Prentiss

{Review} THE BLACK HOTEL: A Supernatural Thriller by Renee Wakefield