Spungunion: (pronounced: Spun-Gun-Yun) noun; 1.) a dish made from rotting road kill, usually a skunk or a opossum. The more fragrant or maggoty, the better. 2.) Something that's been on the road for a long and unfortunate time...

This is the story of Deke Larch, a widowed trucker who has lost everything and is struggling to find his place in a world and the person who took it from him. That journey puts him in touch with strange characters and bizarre places. Deke had always felt like he operated on the fringe of society, but he really had no idea...his journey will teach him that monsters are interpretive and sometimes what we think we want is not what we seek at all.

Spungunion is a story about grief and loss, about lonely roads and lost souls, about failure to let go and falling when you finally do. It's about livin' and dyin' and how sometimes the difference between is very slight.

It’s difficult to review this amazing novella without taking away from the beauty of the writing-this is a story that needs to unfold to the reader personally. That said…here we go:

Deke has been on the road carrying loads, as truck drivers do, when he comes home to a tragedy. His grief is palpable-almost suffocating. About two years later, Deke gets a chance to find out who was responsible for his pain and suffering and he jumps on it, despite several warnings that this may not be the best course of action. We’re along for the ride.

Throughout this story, there are sentences and passages that resonated in my heart-some to do with grief, some not. This, for instance:

Outside, night had lumbered in and clubbed the day to death, like a Neanderthal.

Another quote I loved which reminded me of Robert McCammon:

My heart is as thin as a dime but I’d give it to her anyway. In her small hand, it would look like a doubloon. She could cram it in the slot in my back and see all the senseless tricks I would perform, to make her smile again.

All of the wonder that is this tale was brought to us via a fabulous intro from Bracken MacLeod. He said the things about John Boden’s work that I want to say, but sadly, I lack the skills to say properly.

Beautifully written, poignant, grief-filled and yet resilient, Spungunion is a powerful piece of work which I HIGHLY recommend.

Spungunion: (pronounced: Spun-Gun-Yun) noun; 1.) a dish made from rotting road kill, usually a skunk or a opossum. The more fragrant or maggoty, the better. 2.) Something that’s been on the road for a long and unfortunate time.

Available on Halloween, but you can pre-order here: Spungunion

*I was provided a digital ARC of this tale in exchange for my honest review. This is it.* 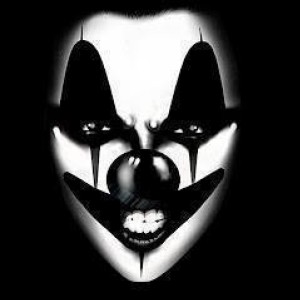 John Boden lives a stones throw from Three Mile Island with his wonderful wife and sons.

A baker by day, he spends his off time writing, working on Shock Totem or watching M*A*S*H re-runs.

While his output as a writer is fairly small, it has a bit of a reputation for being unique. His work has appeared in 52 STITCHES, EVERYDAY WEIRDNESS,METAZEN, BLACK INK HORROR, WEIRDYEAR, NECON E-BOOKS, SHOCK TOTEM, the John Skipp edited PSYCHOS, The anthologies O LITTLE TOWN OF DEATHLEHEM, ONCE UPON AN APOCALYPSE and other things on the horizon.

OUT BEHIND THE BARN by Chad Lutzke and John Boden

{Review} THE MARK: A Supernatural Horror Novel, by Lee Mountford